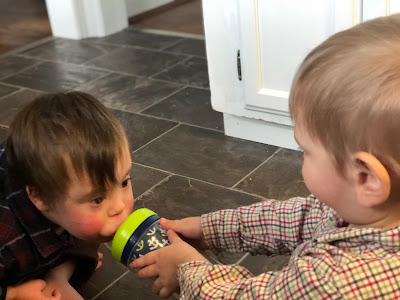 Here he is. The little "big" brother. He's the sweet boy that came after the one with the disability. In many families, the child who has the disability is typically the youngest child or the middle child. I hope this doesn't come off as sounding weird, but I often get excited when I meet someone else who has had children after they've had a child with a disability. 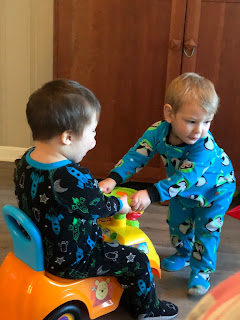 This little guy is already proving that he is going to be Harrison's big brother. Yes, Brooks is younger than Harrison. And, yes, Brooks is still a tad bit shorter than Harrison. . . for now. But the way Brooks gives Harrison adoring looks and the way he is already helping him do certain things (like unlocking pantry doors to let Harrison raid the pantry, bringing his water back to him when Harrison chucks it to the side, and opening magnet boxes for him so he can throw all the magnets on the floor) is very big brotherish. 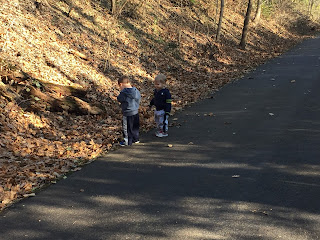 What a joy it has been to have a child after Harrison. I won't lie. I had a peace from God for most of my pregnancy with Brooks but there were moments when I was nervous. Since we opted against genetic testing, I had no clue the entire pregnancy whether or not Brooks was going to be born with Down syndrome or another disability.

It was like having a first child all over again when Brooks was born. He was and is completely different than Harrison just like any sibling is completely different from the other. The second night with Brooks was just as all the nurses and doctors and the "Second Night with Baby" pamphlets warn you about. We had no clue what to do with the screaming child in our arms that wouldn't stop screaming no matter what we did. He met milestones at such an early age! Or so we thought. He's actually met every milestone at the typical age, but we thought it was incredibly early because Harrison didn't meet those milestones until much later. 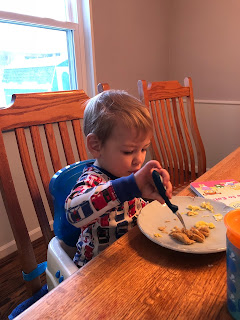 We've had to learn to let him climb up to the big slide on the playground by himself. Just because Harrison wasn't at all ready for that at Brooks' age doesn't mean Brooks isn't ready. He can step up on the footstool at the library and help check out the books and even help unload the dishwasher. He can feed himself food with a fork and spoon all on his own.

The precious bond that has developed between Brooks and Harrison is the best part of having a child after. When Harrison recently went back to school after a two week tonsillectomy recovery, Brooks cried. He didn't want his buddy to leave him! Of course, he quickly recovered once he realized he got to spend some one on one time with Mommy again. When we go on walks, Harrison often reaches out to hold Brooks' hand. This results in one brief priceless moment before both of them end up in a tumble on the ground. When Harrison wakes up from nap time and Brooks is still slumbering, he immediately asks for "Buks."


We have loved watching Brooks grow and learn alongside Harrison; we enjoy (well, most of the time) learning how to parent a child with special needs, a typical child, and the two together. It sure is a journey that is never boring!