As an official boy mom, I've begun to slowly let go of things. Letting go of things in the sense that I sigh rather than yell when my boys throw things down right after I cleaned up or they spill milk all over the floor right after I had hurriedly swept and diligently mopped the floor before Vincent came home from work.

Okay, so I might have yelled a little bit when Harrison threw down a plate (the second one within two days, mind you) and then began to put the broken pieces IN HIS MOUTH. Thankfully, I was right there when it happened so I acted fast by pulling it out of his hand and checking his mouth thoroughly for bleeding or other tiny pieces. I embarrassedly had to tell his teacher at school what had happened so she could be on the lookout for anything unusual that day. Time to invest in some more plastic plates.

When we are out in public and I intentionally decide that we don't need the diaper bag since we are literally just going to one store and coming right back home, Brooks decides to explode in his diaper and Harrison finds dog poop to eat on the floor IN THE STORE. The one time I decided to not bring the diaper bag. No wipes. No diapers. No extra clothes. Vincent was not thrilled with the situation, but handled it like a pro. Me? I just had to laugh. Because there was no other solution but to laugh at that moment. 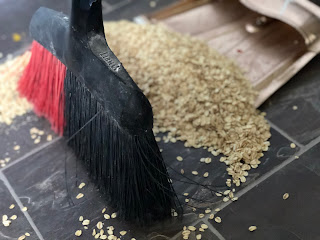 Instead of weeping or getting upset over a very recent call from the doctor saying his sleep apnea has gone from mild to severe, I ask, "Okay, what's the next step?" I schedule the new doctor's appointment, get the spiel on the next steps of scheduling a sleep endoscopy and contrast MRI to see if there is something else going on (finally have this scheduled for July), go to the pharmacy to get more medications the doctor wants him to try, do some research of my own on things to look out for, and then merely accept his condition until we know more.


In the medical world, they call it "alarm fatigue." Heart monitors, blood pressure machines, and ventilators produce constant sounds and alarms. First year residents working jump when the alarms go off, but, over time, they begin to barely hear the alarms; the blaring sounds become background noise.


I've become numb to the fact that, each year of his short life, Harrison has had something new "wrong" with him. His hypospadias, the lymphatic malformation on his lip, hypospadias repair again (the first surgery didn't work), medication for his lip that made him really sick the first time, GERD, enlarged tonsils and adenoids, the mystery of why he hasn't gained weight in a year and half (solved that one!), possible hypothyroidism, and now severe sleep apnea. It's almost as if I expect more things to turn up each year and that's why it doesn't alarm me.


I guess you could say that I have diagnoses fatigue. 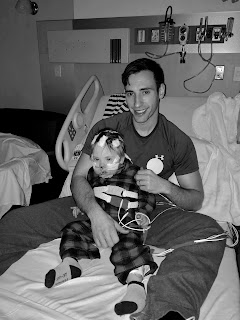 I do get sad that he has to deal with all these conditions. I do get extra cautious when he gets sick since he is vulnerable to dehydration and takes longer to get over things. I do wish I could take all his medical issues away so he would have an easier life. But I then realize that Harrison belongs to God; he is a blessing from above, and all those medical conditions, extra chromosome and all, are who he is. I can't take any of his pain away to make his life easier.

There is Someone who will take all his pain away one day. I'm confident that Harrison will find his joy in Christ and I pray each day that he will already feel and know the love of "Cheesus' (as Harrison calls Him) and what He has done for us.

I honestly don't know whether it's right or wrong to not be phased by the crazy things my boys get into or the medical issues that arise in Harrison.

As Philippians 4:6-7 says, “Do not be anxious about anything, but in every situation, by prayer and petition, with thanksgiving, present your requests to God. And the peace of God, which transcends all understanding, will guard your hearts and your minds in Christ Jesus.”

Even on the days where the boys decide it would be oh so fun to smear poop on their toys forcing me to decide to deeply sanitize the toys or just throw them away, each day I get to spend with my three little ones is a gift from above. 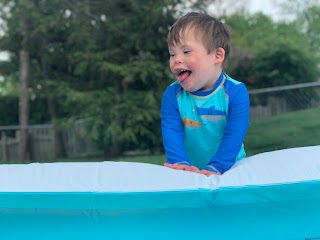