Harrison's lip. Oh, what a frustrating topic to write about today. But, it is incredibly refreshing when someone actually stops and asks about what it is instead of staring or feeling awkward to ask about it. We would so much rather you ask!
It's kind of nice that he has the big lip... many people recognize him at coffee shops, grocery stores, etc. and come over to say "Hi, Harrison!"
Sometimes, people will ask "Did he get stung by a bee?" or "Did he have a big fall today?" We smile, shake our heads, and explain what it really is.

This summer, we were able to get an MRI on Harrison's lip. It turns out it is, indeed, a lymphatic malformation. However, it is also a venous malformation. Because of this, surgery is NOT an option. This was a little disheartening to find out. I had assumed that we would be able to have surgery this summer to get it fixed. Since surgery was out of the picture, we thought maybe sclerotherapy could be an option. Nope. Because it is microcystic tissue instead of macrocystic, sclerotherapy has a very slim chance of working.

The only option the doctor thinks might work is called radiofrequency ablation. This uses heat to shrink the tissue in his lip. It could take several procedures of this to work; we really won't know until we actually do it.

Ah, to actually do this procedure... We have been trying to get this scheduled for quite some time now, which is why I mentioned that this was a frustrating topic. I won't go into details, but trying to get hold of the people to schedule this has been quite difficult (we are getting lip service!). Prayers in getting this scheduled would be greatly appreciated.

One doctor we went to (back when we were trying to figure out which doctor to go with) said we would get to a point where we barely see his big lip. I never thought then that this could be possible, but it is! When I see sweet Harrison, I see him and not the big lip (mirrors, for some reason, do make it pretty obvious). The other great thing is that is doesn't seem to bother him. He is finally making the "dada" sound, so it's hopefully not affecting his speech too much; he can also drink from a straw! 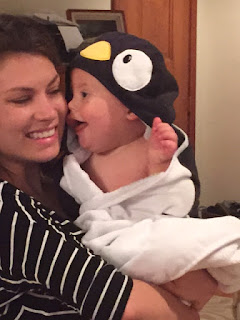 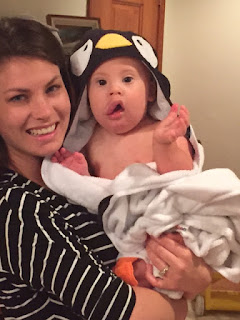